Susanna Ridler works as a composer & vocal performer in the genres film, theatre and literature.
Her musical language moves between new classic, jazz, electronics, improvisation and contemporary music.
Currently she is writing a score for the new documentary of Austrian director Maria Arlamovsky.

Her individual, consistent approach to search continually for new musical ways of expression in terms of compositions
as well as performing on stage sets her apart as a truly unique artist. Using a variety of mediums –
including computer and electronic devices – plus exploring the improvisational possibilities of
a vocalist allow Susanna Ridler to produce one of a kind, eclectic music.
Overstepping stylistic musical borders as well as the conventional use of her voice are her hallmarks,
creatively combining the popular and avantgarde. 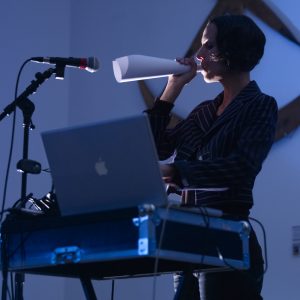 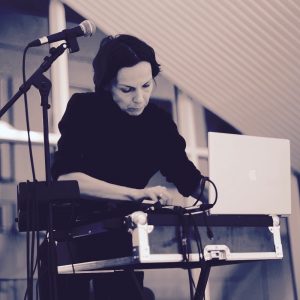 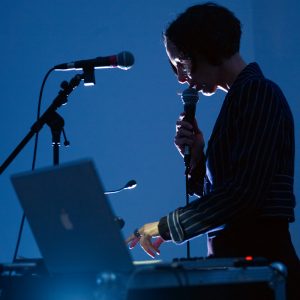 ZEITSCHRIFT KULTUR: ” … for open minded listeners
is this album a real miracle bag.”

Hannes Schweiger, Porgy & Bess: ” … vocal explorer and composer
Susanna Ridler, currently probably the most relevant Austrian artist at the interface of literature
and music, has been investigating the conjugation between her sound speech and
Jonke’s art of language for years. She found an excitingly independent reading
in the best harmony of language and music, which emphasizes the poet’s musicality and his “text majors”. 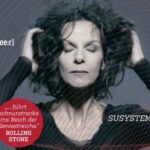 ROLLING STONE MAGAZIN: [koe:r] “SUSYSTEMS“,
by all means, is leading us straight into the realm
where strokes of genius reside.
JAZZTHING: Her cover versions sound like poems set to music,
willfully conceptualized and interpreted for our digital age.
KURIER: “…thrilling and relaxing, touching and eccentric,
overall catchy but, if you listen closely, cumbersome and strangely shaped.
Simply beautiful.” 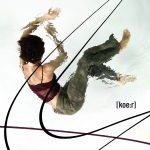 SOUND & MEDIA: [koe:r] –  “ A cool sound for the modern intellectual.”
VOGUE: Jazzy, intellectual, sensual
PRESSE: Her mostly computer generated „slow motion aesthetic” exude
that bewitching soulfulness we know from Sidsel Endresen and David Sylvian.
MUSICCHANNEL: An access to music that is at the same time unusual and phenomenal how one
wouldn’t expect it from this country. …incredibly delightful – and beautiful.

Since 2013, Susanna Ridler has been composing music to accompany the literature of the great Austrian poet Gert Jonke (1946-2009).
She received an invitation from Gert-Jonke-Gesellschaft to use unpublished texts of the exceptional writer –
pieces for solo voice, chamber ensemble (for the ensemble xx. century / UA 2016) and experimental chamber music
for her trio project “Geometrie der Seele „(Geometry of the Soul – with bassist
Peter Herbert and alto saxophonist Wolfgang Puschnig) emerged from these text fragments. 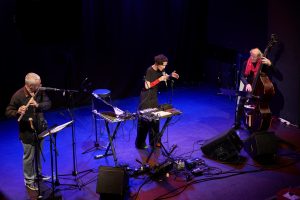 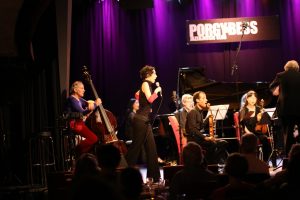 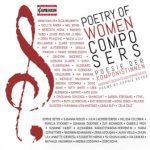 This is the first poetic-compositional encyclopedia of women’s
music making, from the past to the present. Dive into the great tradition
of composing women by the leading contemporaries from Austria.

2021 Composition for the “Vocal Ensemble Zykan +” over the poem “noch ana sindflud”
by H.C. Artmann / commissioned by MUSICA FEMINA (premiere on July 29, 2021, Vienna) 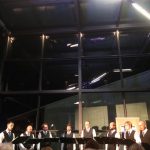 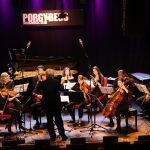 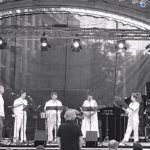 2021/22
Based on the poem “De Aftocht” by Paul van Ostaijen – Susanna Ridler wrote the composition
„WELT AUS DEM TAKT” / “WERELD UIT DE MAAT” ( “world out of rythm”);
commissioned by the Flemish-Dutch organization deBuren for the project Besmette Stad (“Occupied City”):
On the occasion of the 125th birthday of the poet Paul van Ostaijen and the Corona crisis,
deBuren and the Paul van Ostaijen Society examined the parallels between the crisis
in which the world finds itself from March 2020 and after the First World War. 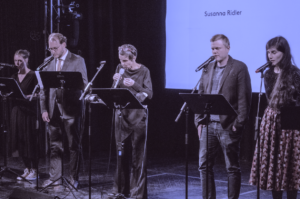